Together with UNICEF’s dedicated research centre as well as experts in the field of neuroscience, we have been working on creating attention-getting visual materials that would outline and highlight the key takeaways behind UNICEF’s publication „The Adolescent Brain: A Second Window of Opportunity“. 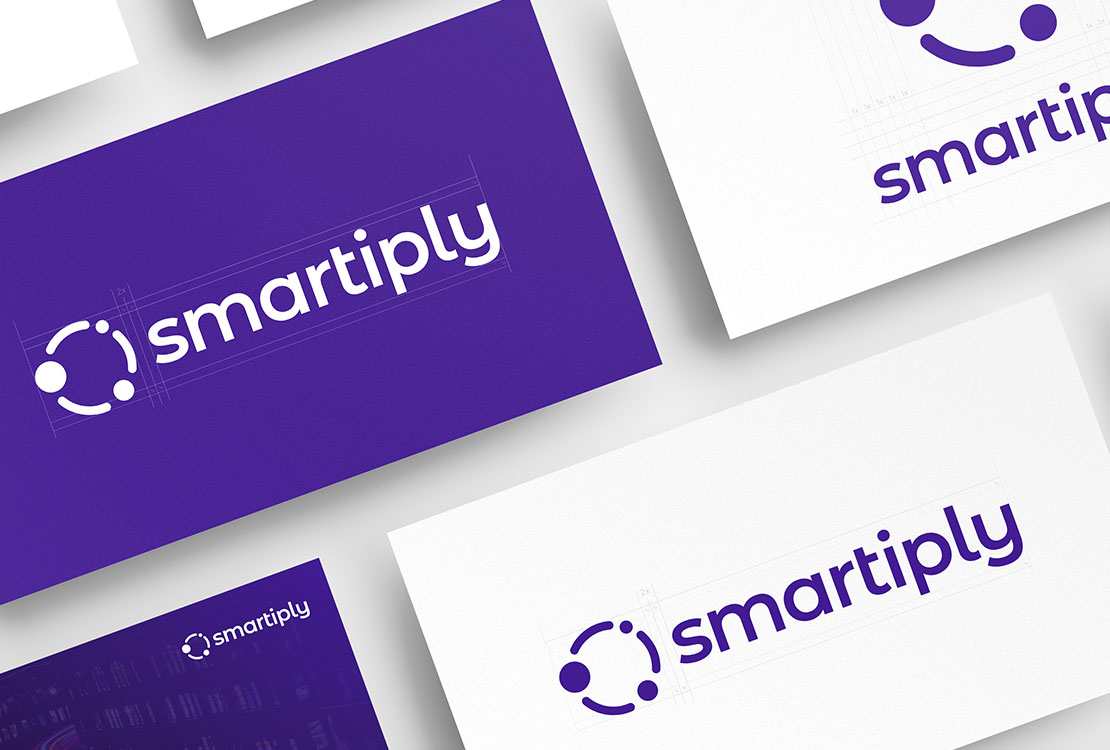 Smartiply decided to totally revamp their website & brand and approached us to take the creative lead to help create a more fresh look that would reflect their growth and future aspirations. We designed a strong and recognizable new brand identity focused on a unique brand experience with a consistent design language. 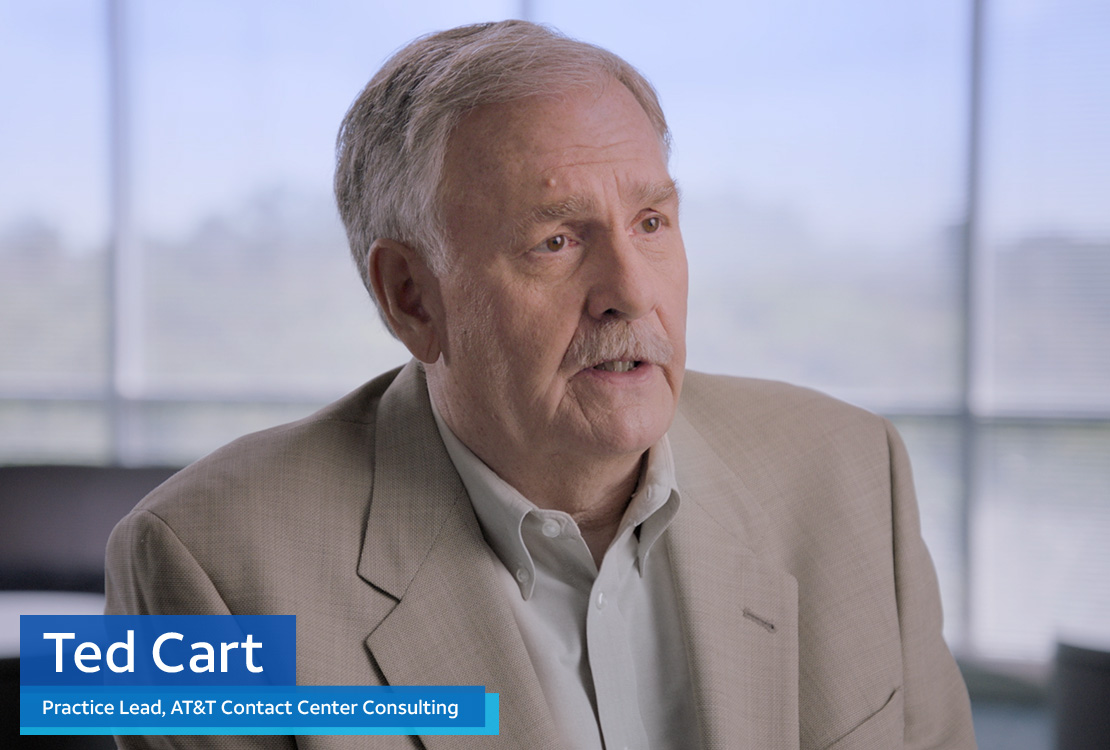 AT&T’s Contact Center Solutions substantially change the way in which consumers interact with companies through contact centers. We are proud to have been asked to to design and animate the concept that would explain the added value that comes from AT&T’s solution. 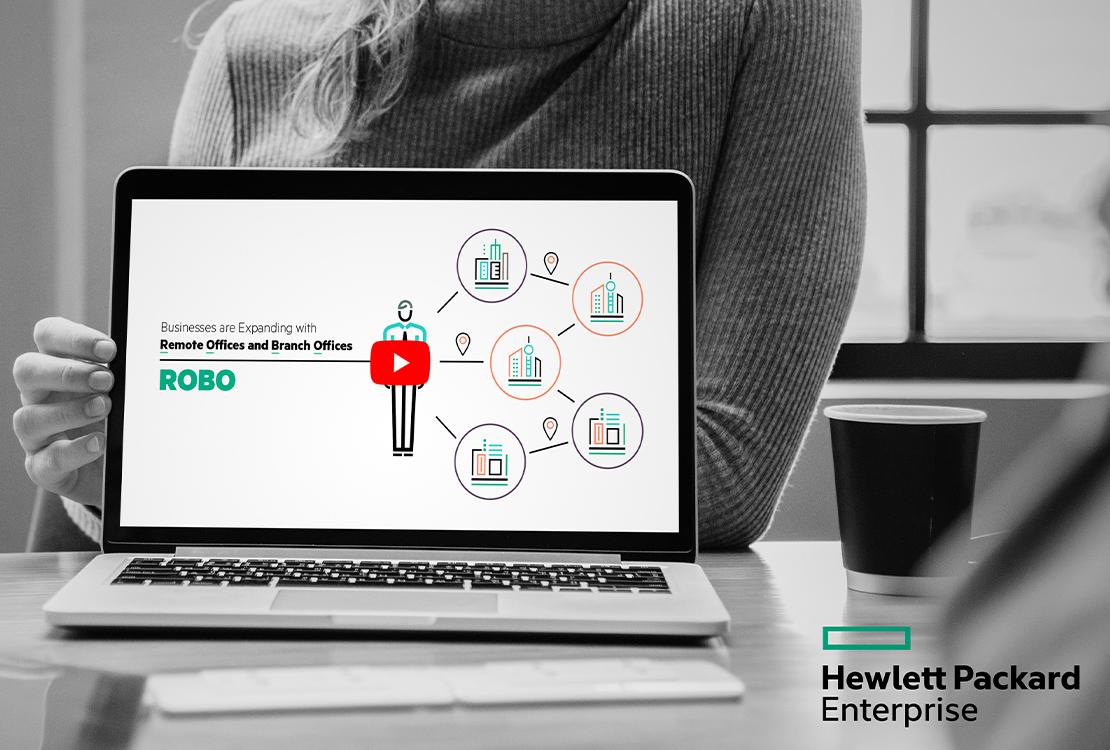 Rightcolours created an Animated Explainer Video for Hewlett Packard Enterprise (United States) to help simplify and explain the use of hyperconverged infrastructure for remote offices and branch offices. The video was designed to fit seamlessly within HPE’s corporate identity. 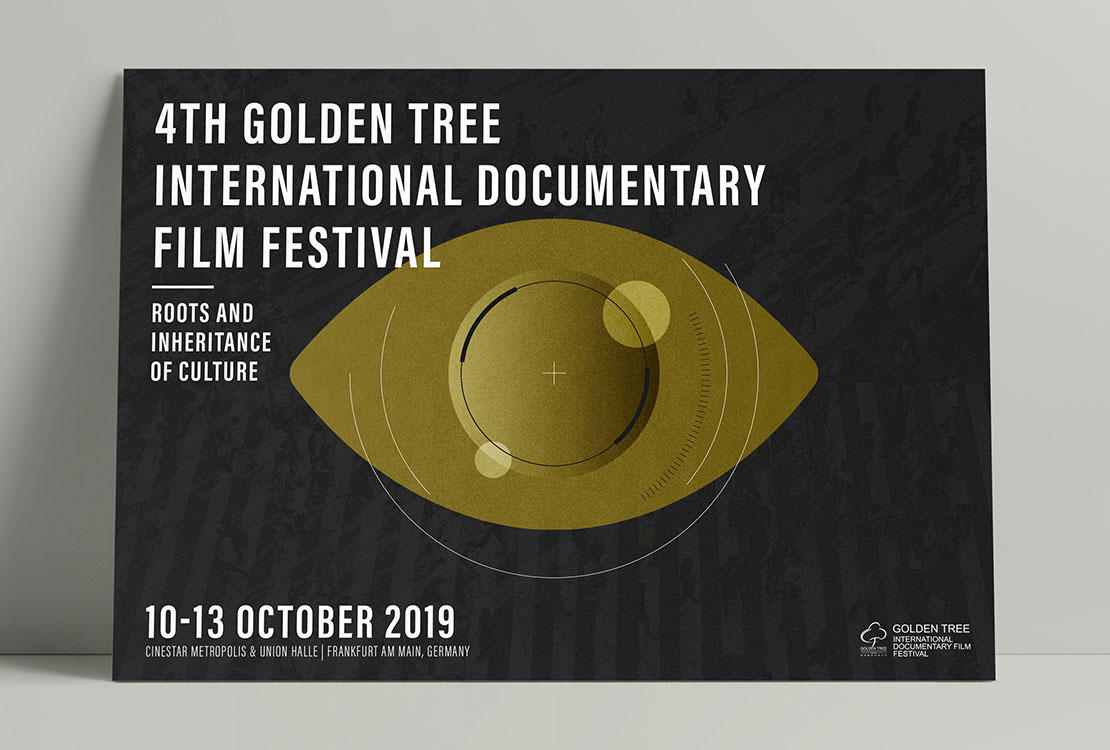 The Golden Tree International Documentary Film Festival takes place every fall in Frankfurt, Germany. As a local agency, we took on the challenge of defining the identity and designing local event branding elements for this year’s theme, “Roots and Inheritance of Culture”. 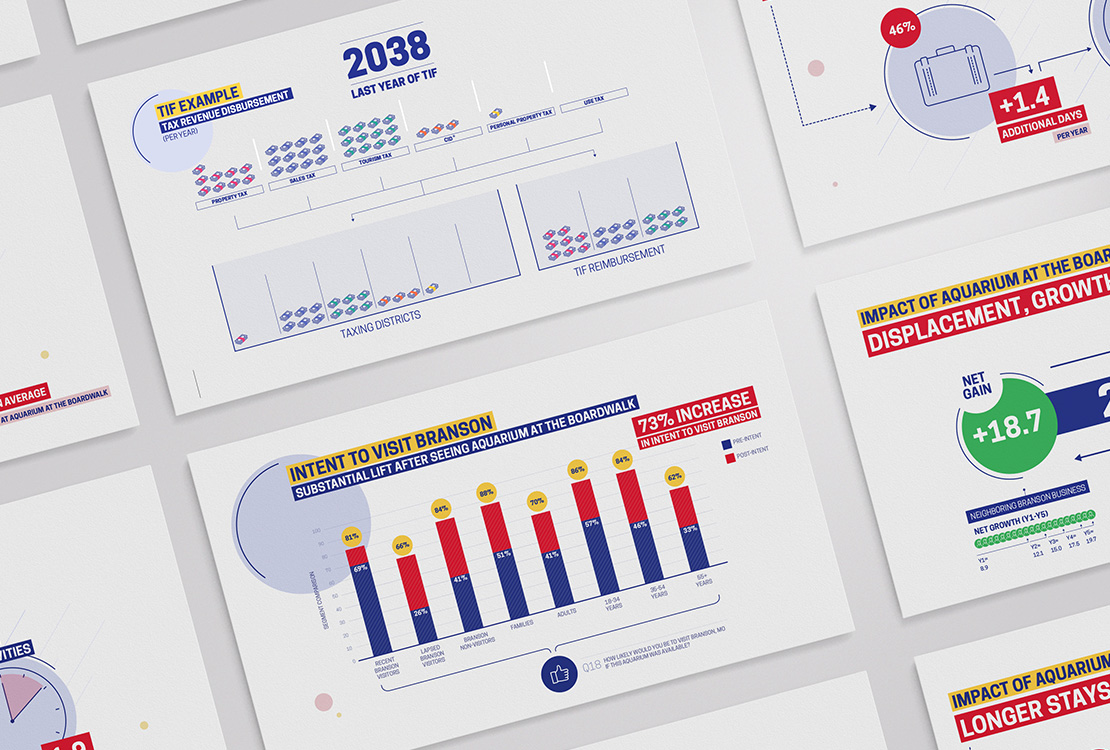 Aquarium at the Boardwalk Business Presentations.

Rightcolours has been successfully partnering with Kuvera Partners since 2017. With our core expertise of visualizing data and combining it with motion, we have been given the task to help Kuvera Partners turn their business plan for a major entertainment venture into animated stories helping to convey their vision to various stakeholders. 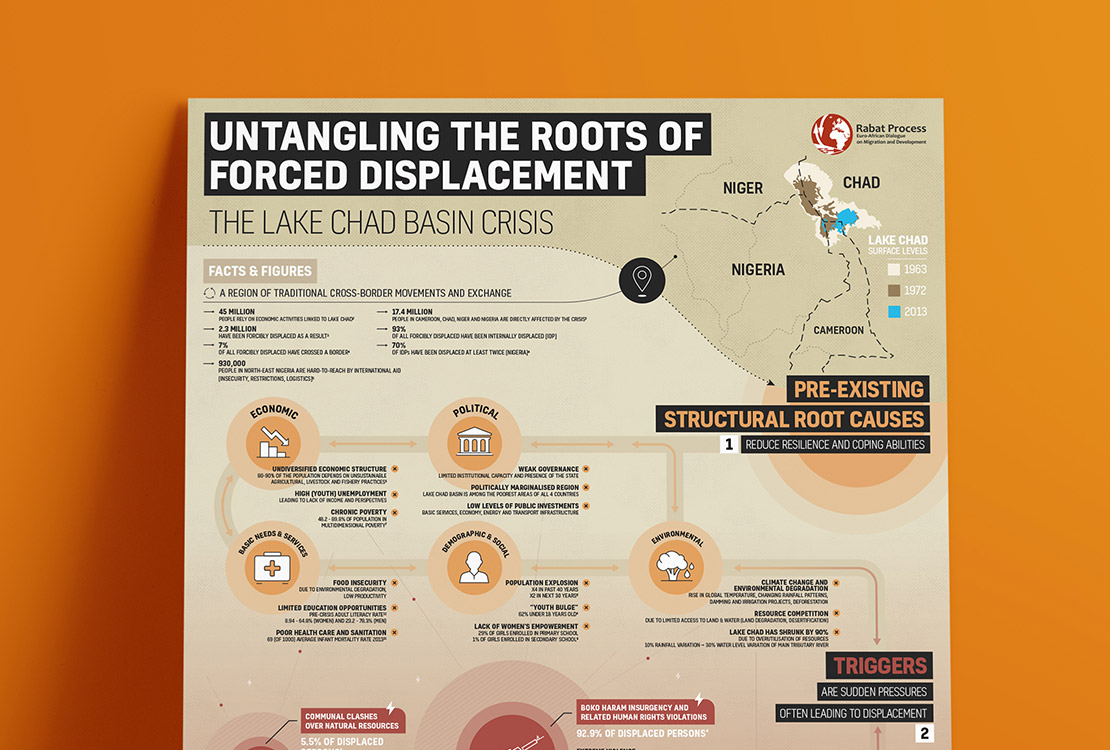 The Lake Chad Basin humanitarian emergency is among the most severe in the world. Commissioned by and in cooperation with the International Centre for Migration Policy Development (ICMPD), we have created a comprehensive infographic that aims to alert and educate about the crisis. 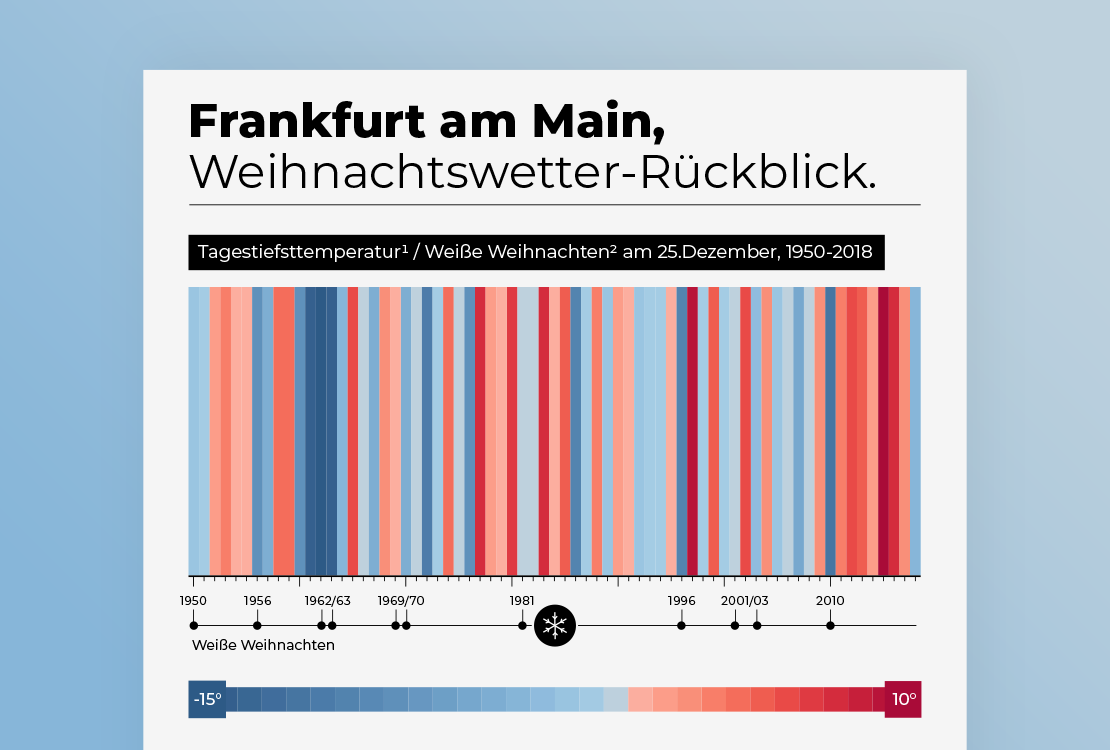 We regularly create and publish micro-content on our social media channels. Most of the time we focus on eye-catching micro-storytelling with data visualizations and infographics. Our core criteria for such projects is to share informative data in a concise manner through easily digestible visuals. 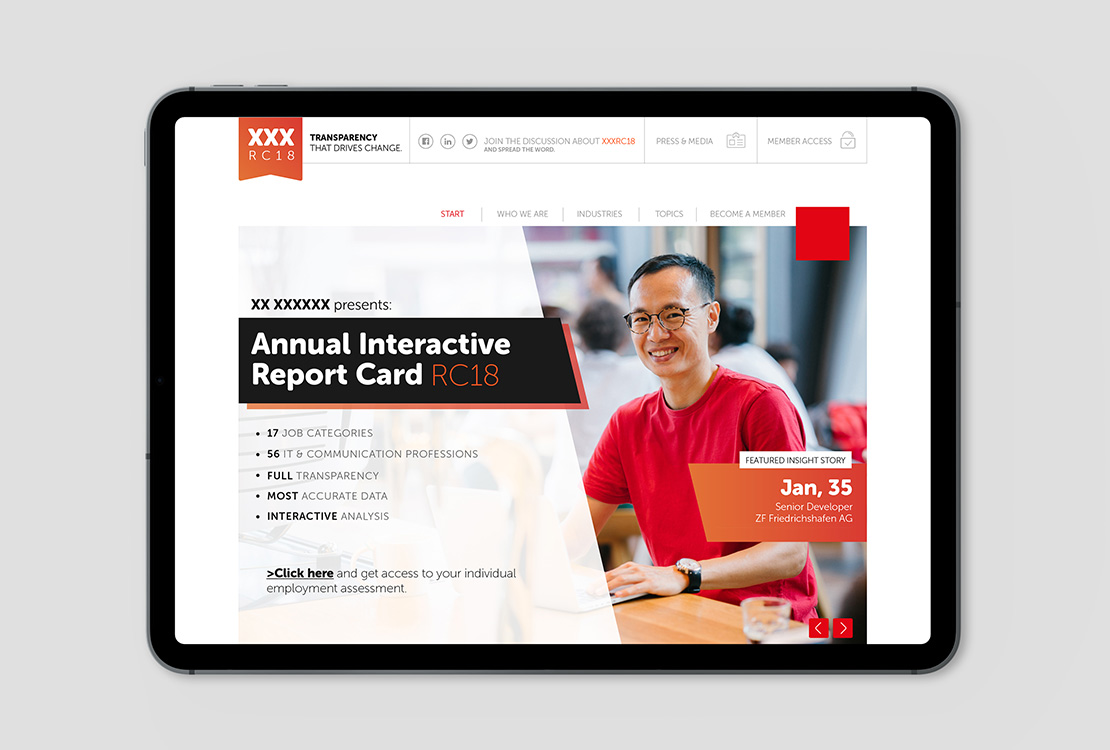 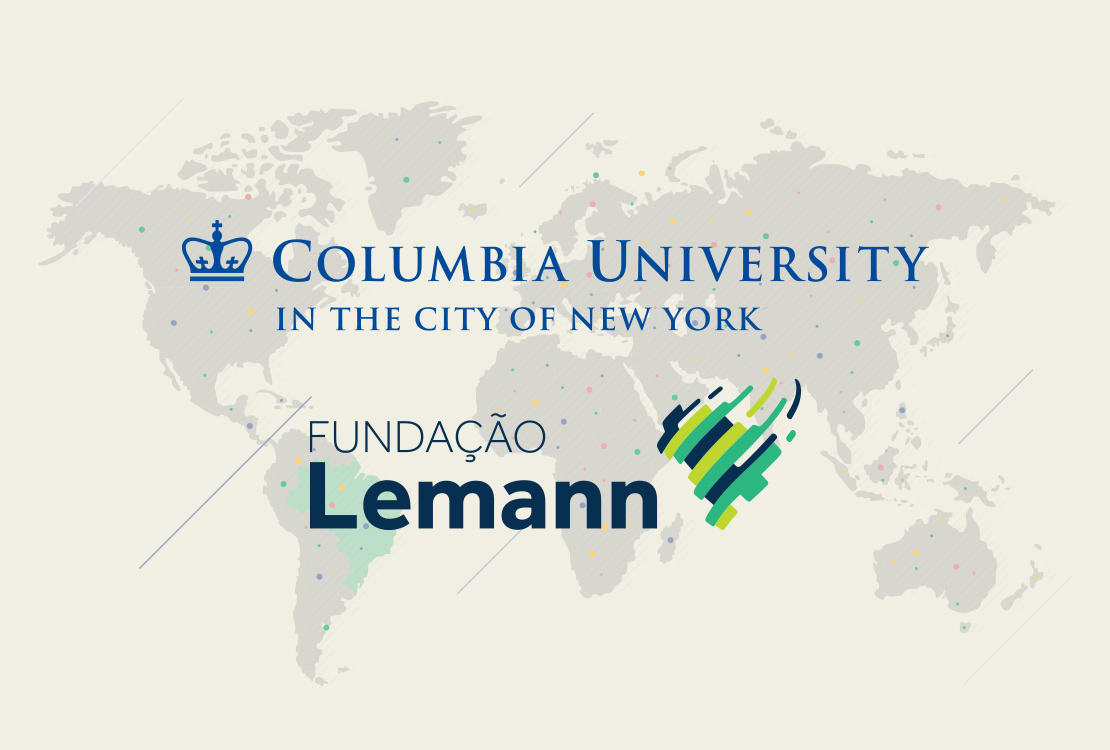 We have been working with Columbia University to produce a video animation honoring the successful partnership Columbia University has with the Lemann Foundation. Under the creative direction of the University, we have created the video identity, designed the storyboard and animated the final video. 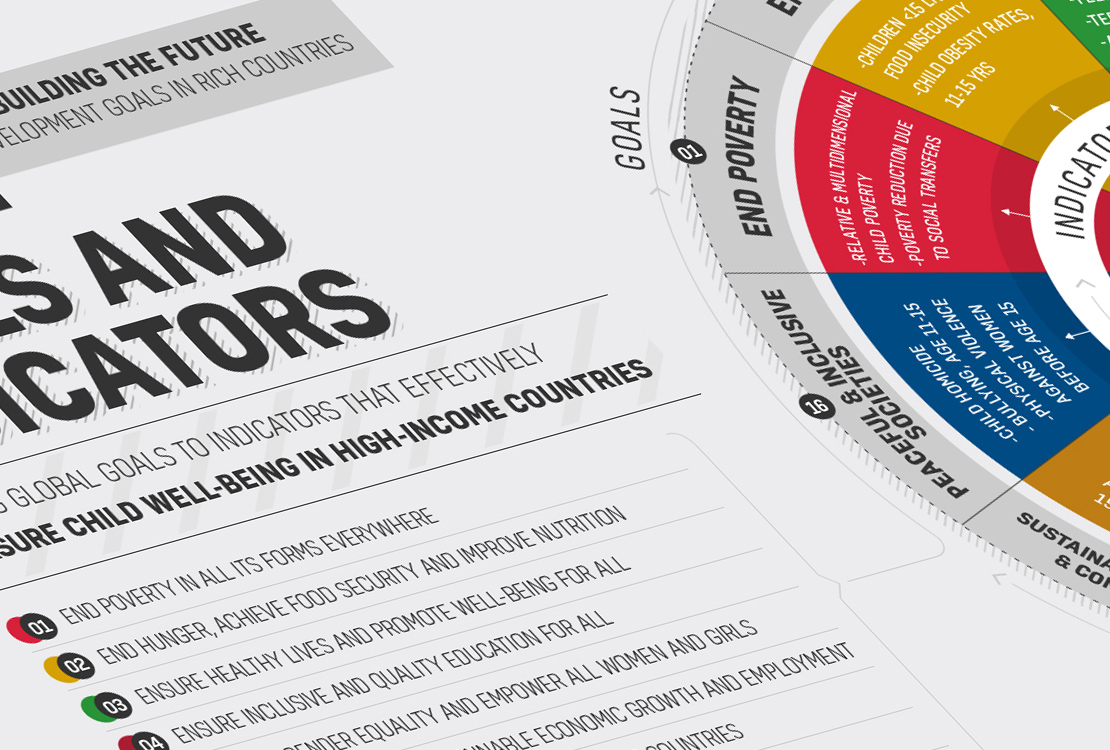 Children and the Sustainable Development Goals

Once again, we had the honor of creating the visual material for one of UNICEF’s most important,  eagerly anticipated global publication, the Innocenti Report Card (Building the Future: Children and the Sustainable Development Goals in Rich Countries). In close collaboration with their Research Centre we have been creating all promotional infographics and motion graphics for the launch of the report. 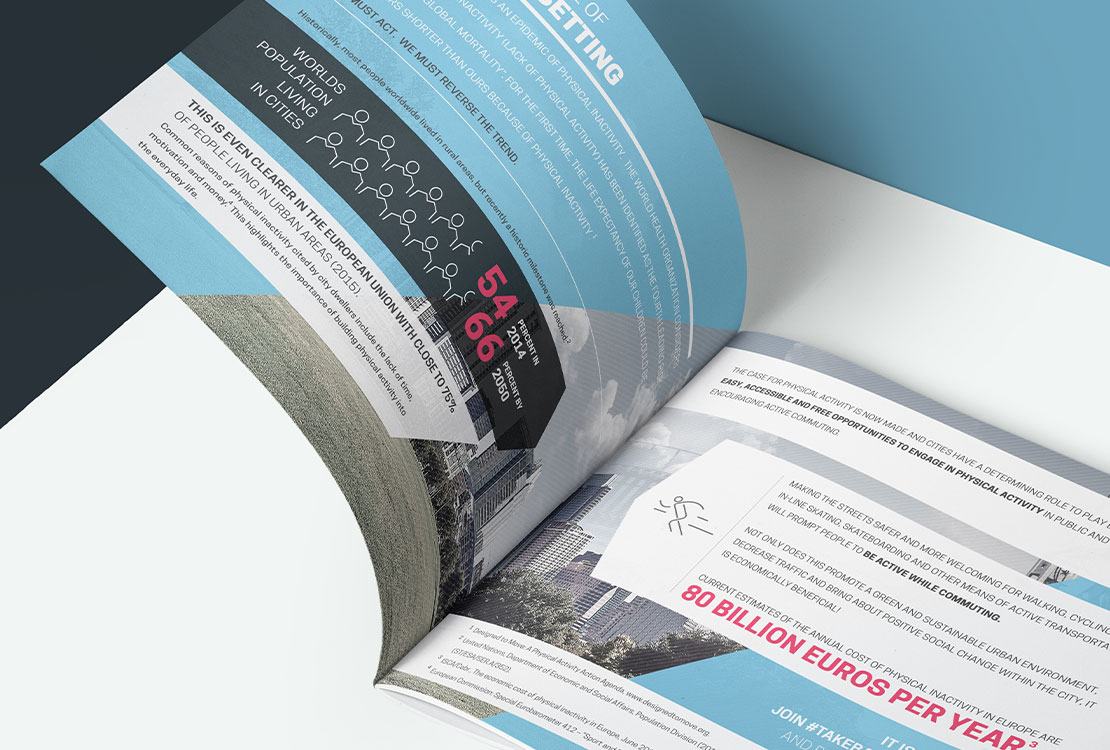 Take Back Your Streets Brochure

We designed and produced the official brochure for the „Take Back Your Streets… Take Back Your Future“ Program by TAFISA Europe. Funded by The Coca-Cola Foundation, the program aims to bring physical activity back to all citizens through the use of open spaces – in festivals, events, games, play and everyday life. 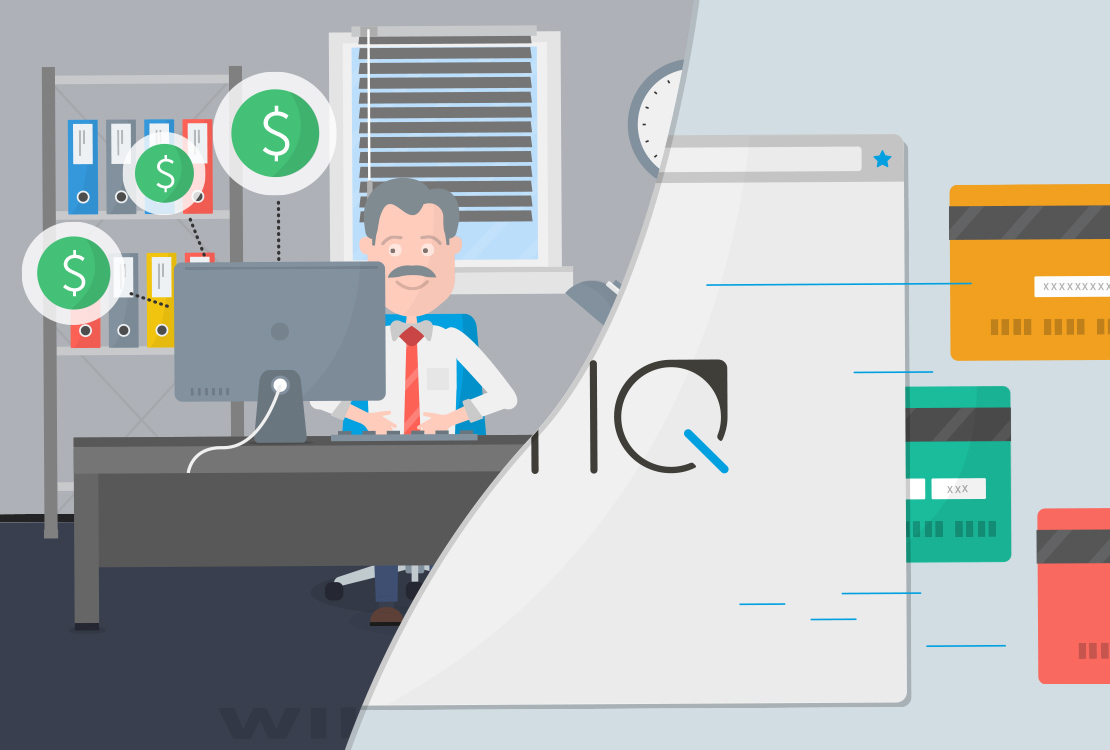 Rightcolours collaborated with Visual.ly, a leading content creation platform, to produce an Animated Explainer Video for Plastiq, a payment service startup. Seeking to inspire and motivate adoption of their newly launched service, the video aimed to explain and visualize the benefits as well as the process of using Plastiq in a friendly and conversational motion graphic. 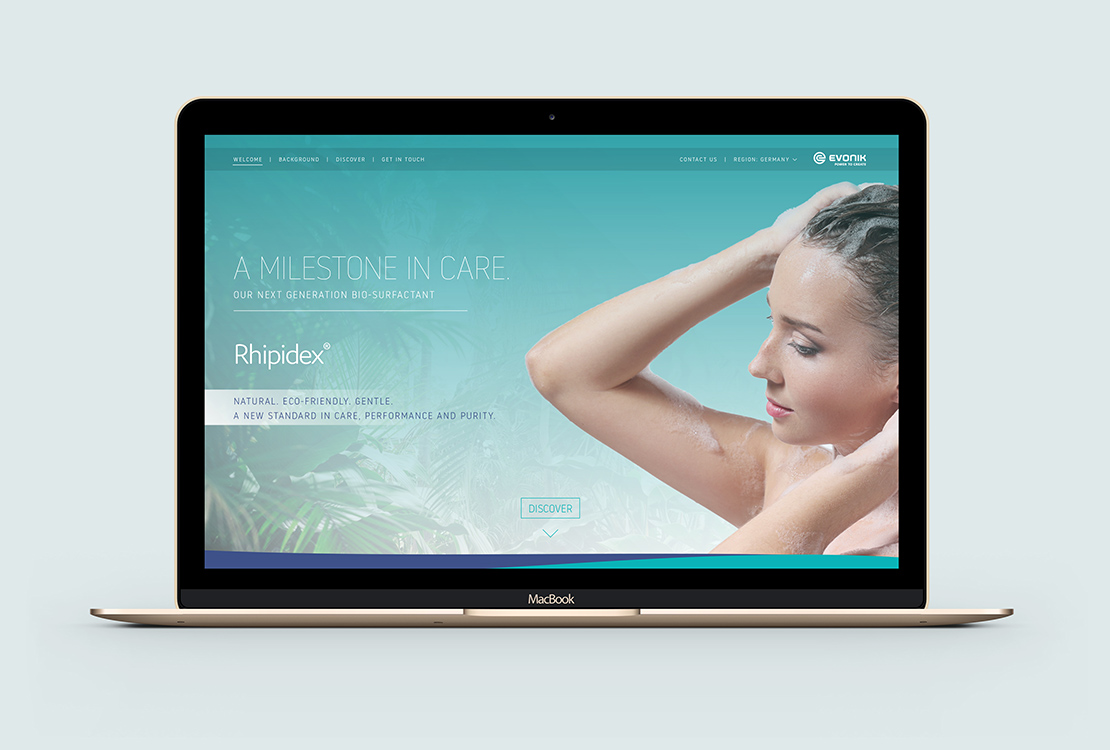 To mark the launch of Evonik’s new and unique biosurfactant, we have been invited by Jovoto (a leading German open innovation platform) to create a commercial brand story concept to help bring the product benefit to life in addition to defining a brand name that would support the brand claims. 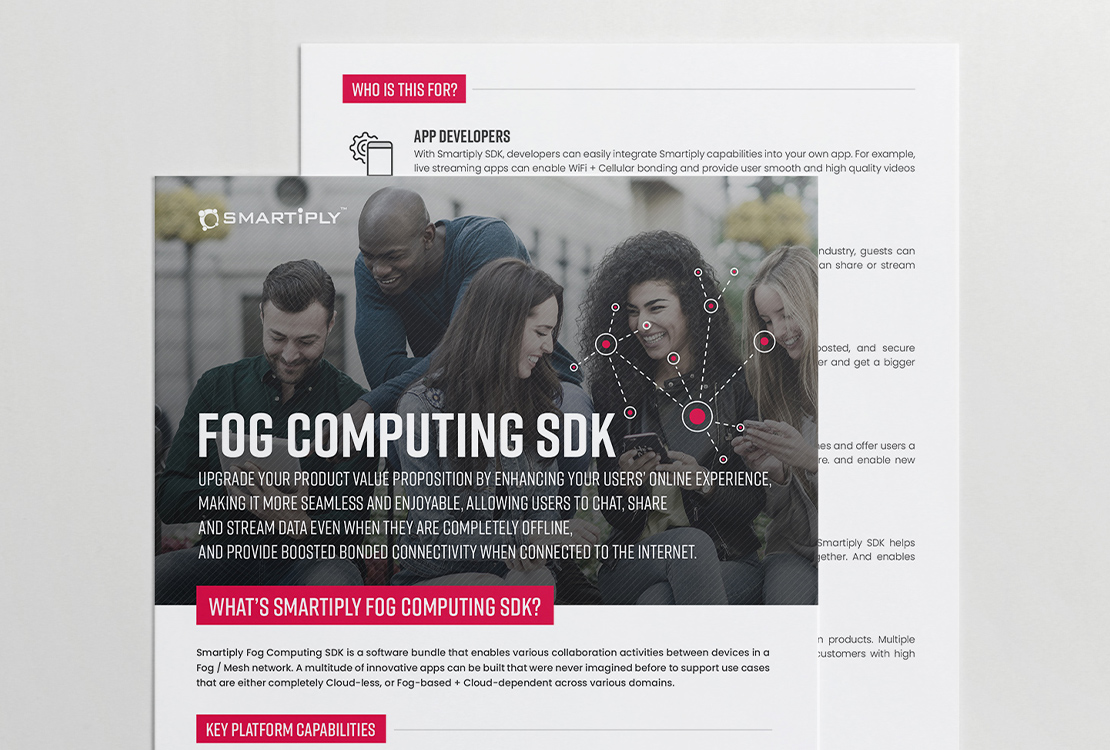 Smartiply, a mobile technology startup headquartered in New Jersey, U.S.A., is a long term partner of rightcolours. We have been creating a range of promotional designs with their marketing team since 2017, from video and web to print, which all have been used as effective marketing and sales tools. 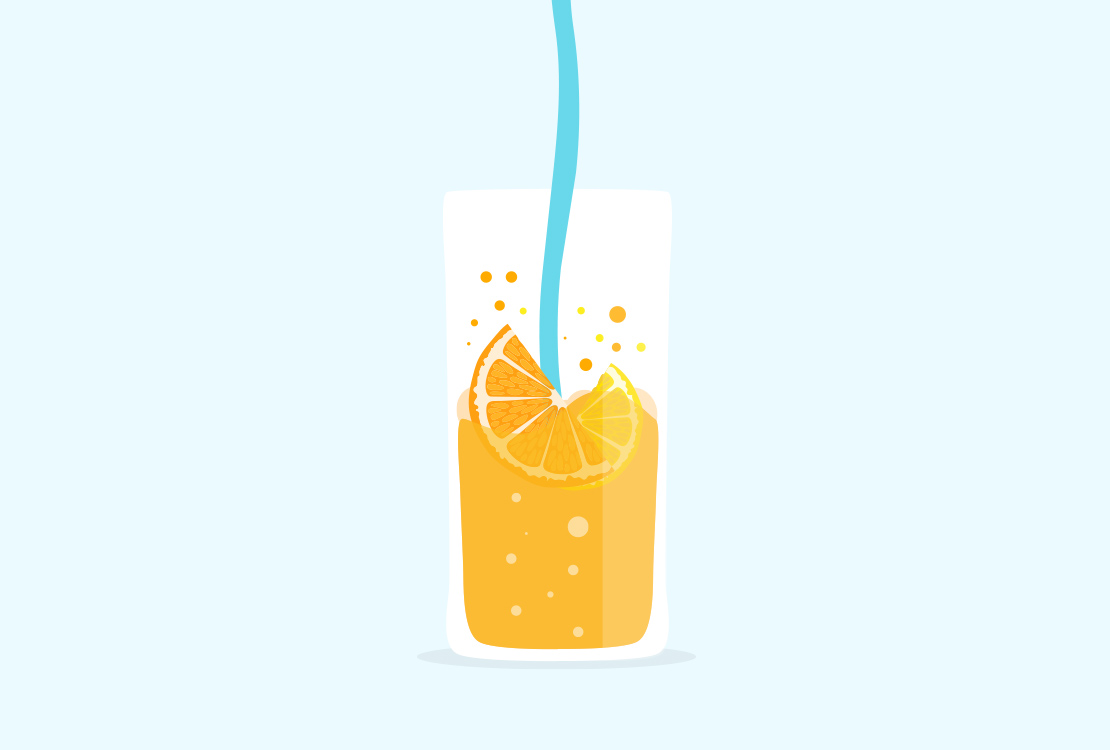 Lavit is a revolutionary drinking system based on recyclable capsules. As part of the company’s communication strategy, we worked with the client on creating an ideal solution to demonstrate lavit’s USPs in front of consumers as well as corporate organizations. Among other visual content, rightcolours produced 2 different product launch videos for Lavit. 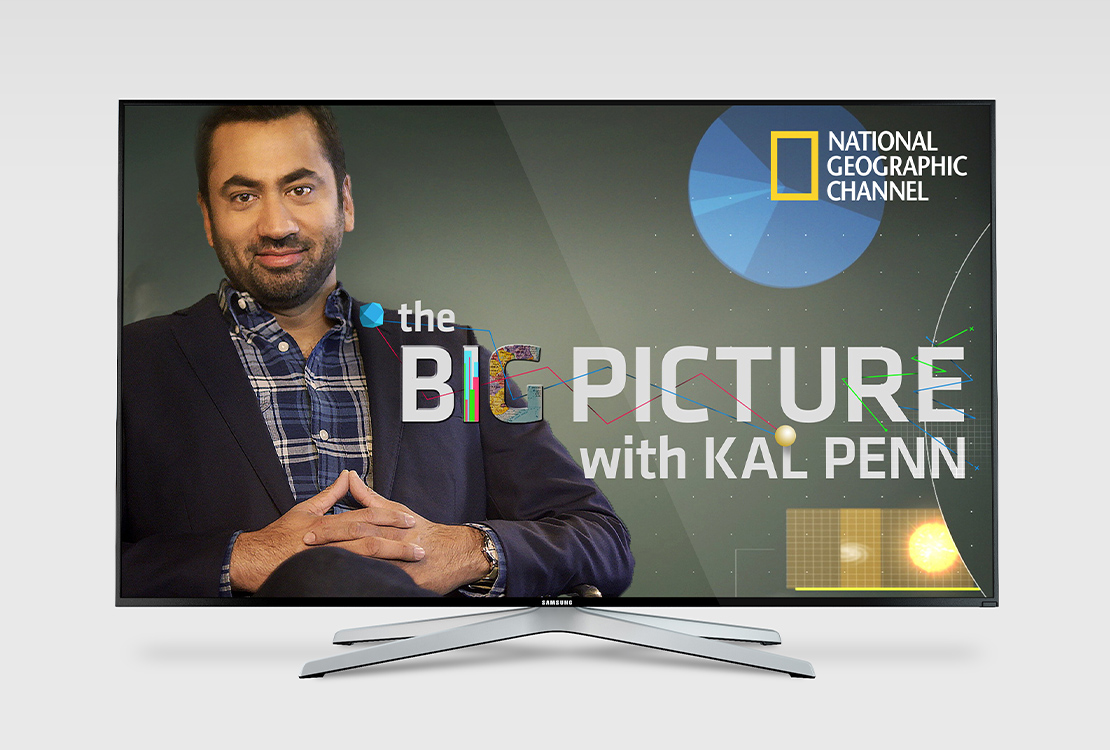 The National Geographic Channel stands for breathtaking and insightful TV shows from various genres. For the show called „The Big Picture with Kal Penn“ our team created the overall concept design for all explainer graphics in cooperation with the producers. We were also part of the animation team to design and animate all motion graphics for the first two episodes of the show. 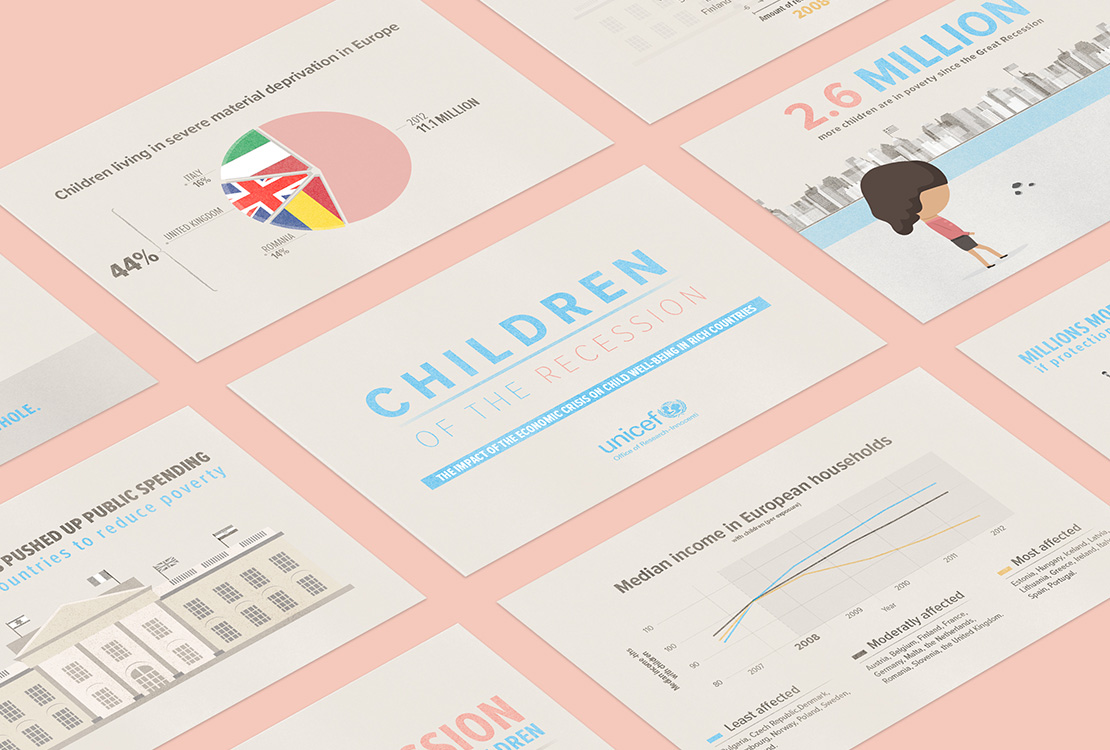 Children of the Recession Data Visualization

The UNICEF 12th annual report card entitled Children of the Recession ranks 41 countries in the OECD and the European Union according to whether levels of child poverty have increased or decreased since 2008. In close collaboration with the UNICEF Innocenti Research Centre, our team created two animated infographics as part of the global campaign to raise awareness for child poverty in developed countries during the recession. 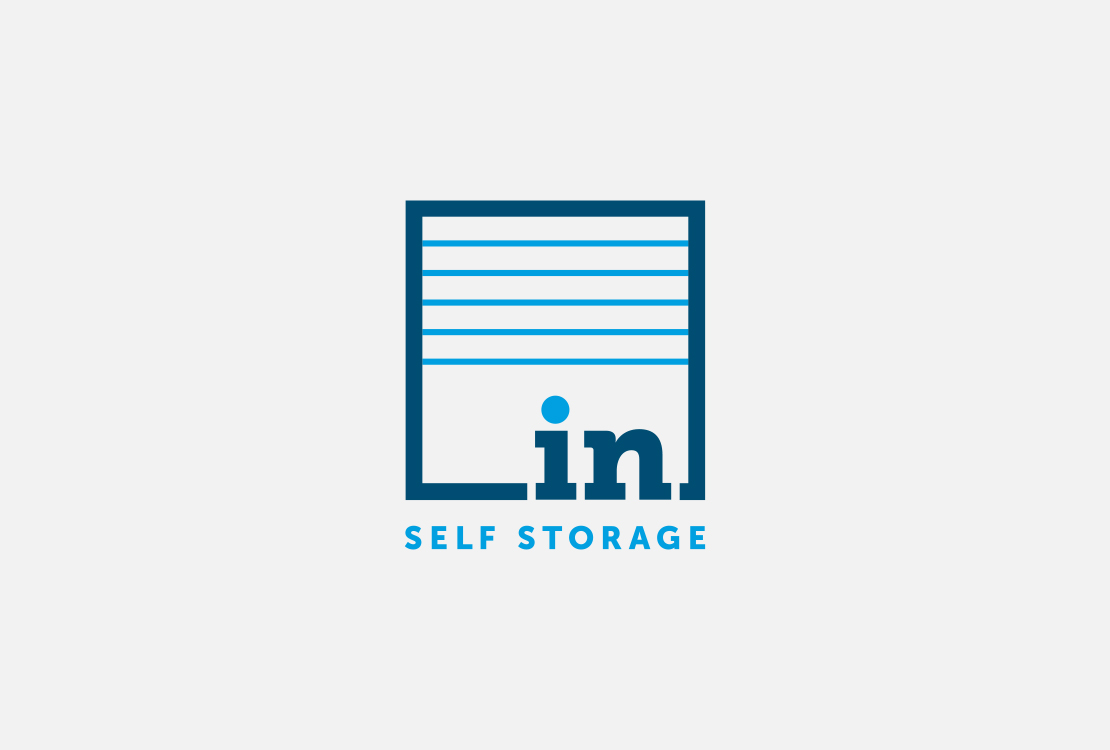 We designed the video and animated the Motion Graphic for IN Self Storage to promote the launch of the business as well as to explain how their self-storage business differs from all other offerings in the market. IN Self Storage is a US based tech forward storage company that currently operates self-storage facilities in 7 states. Unlike most competitors in the industry, IN Self Storage has a clear focus on transparent pricing without hidden fees.