The Golden Tree International Documentary Film Festival takes place every fall in Frankfurt, Germany. It’s a festival that not just aims to celebrate outstanding documentary  film productions, but also the industry itself which serves as a powerful medium to promote cultural exchange and understanding among nations globally.

Despite the fact that 2019 marks the 4th anniversary of the festival, it was still lacking a simple but unifying design to visualize its unique identity and purpose. As a local agency in Frankfurt, we took on the challenge of defining the identity and designing local event branding elements for this year’s theme, “Roots and Inheritance of Culture”. 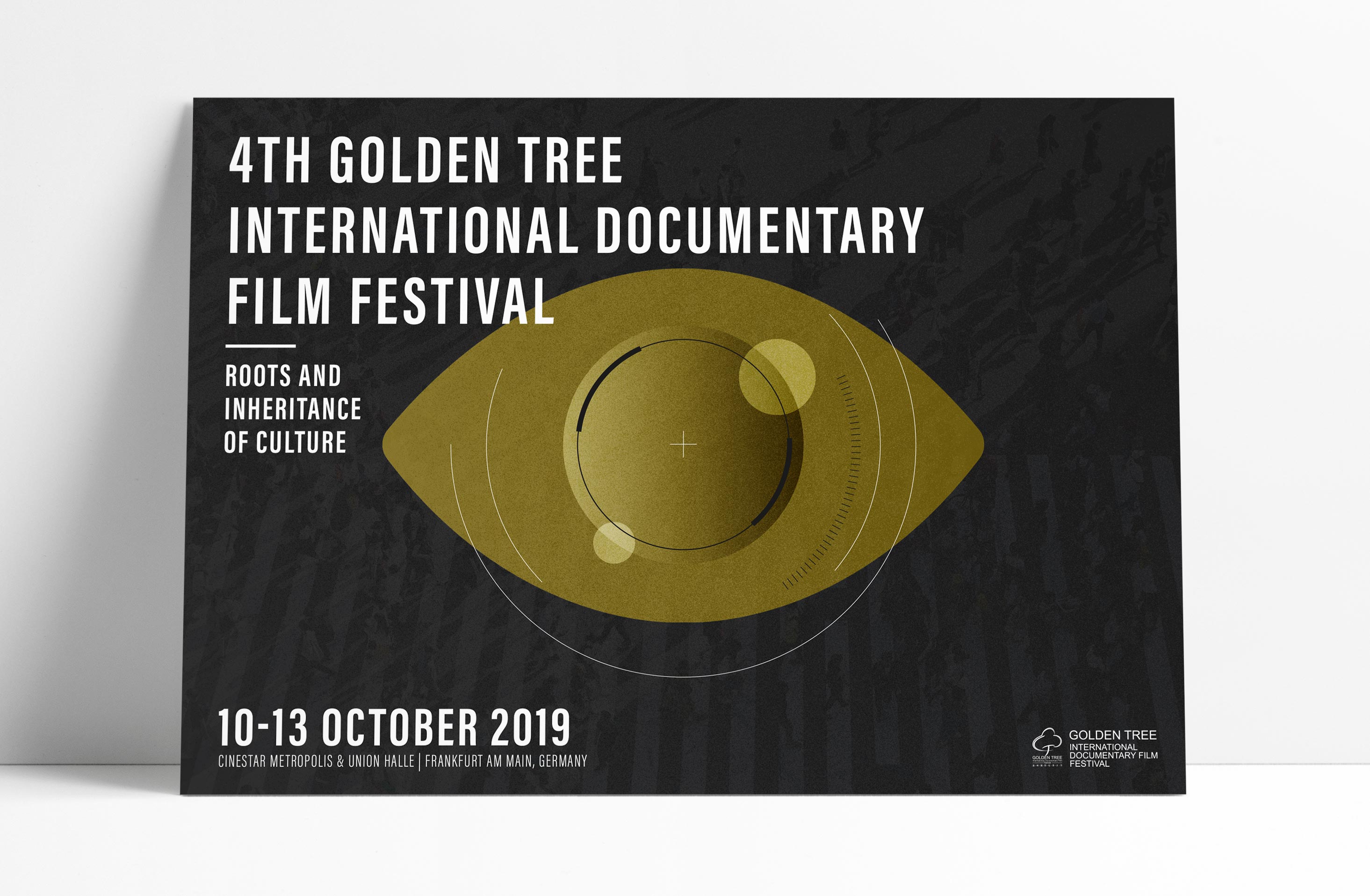 Our work launched in October 2019 at the Festival in Frankfurt am Main, Germany. The main visual features an iconic eye surrounded by elements of a film lens that is looking at a group of diverse people in day-to-day life situations. It’s about understanding culture through the lens of documentary films by observing non-fictive life situations. 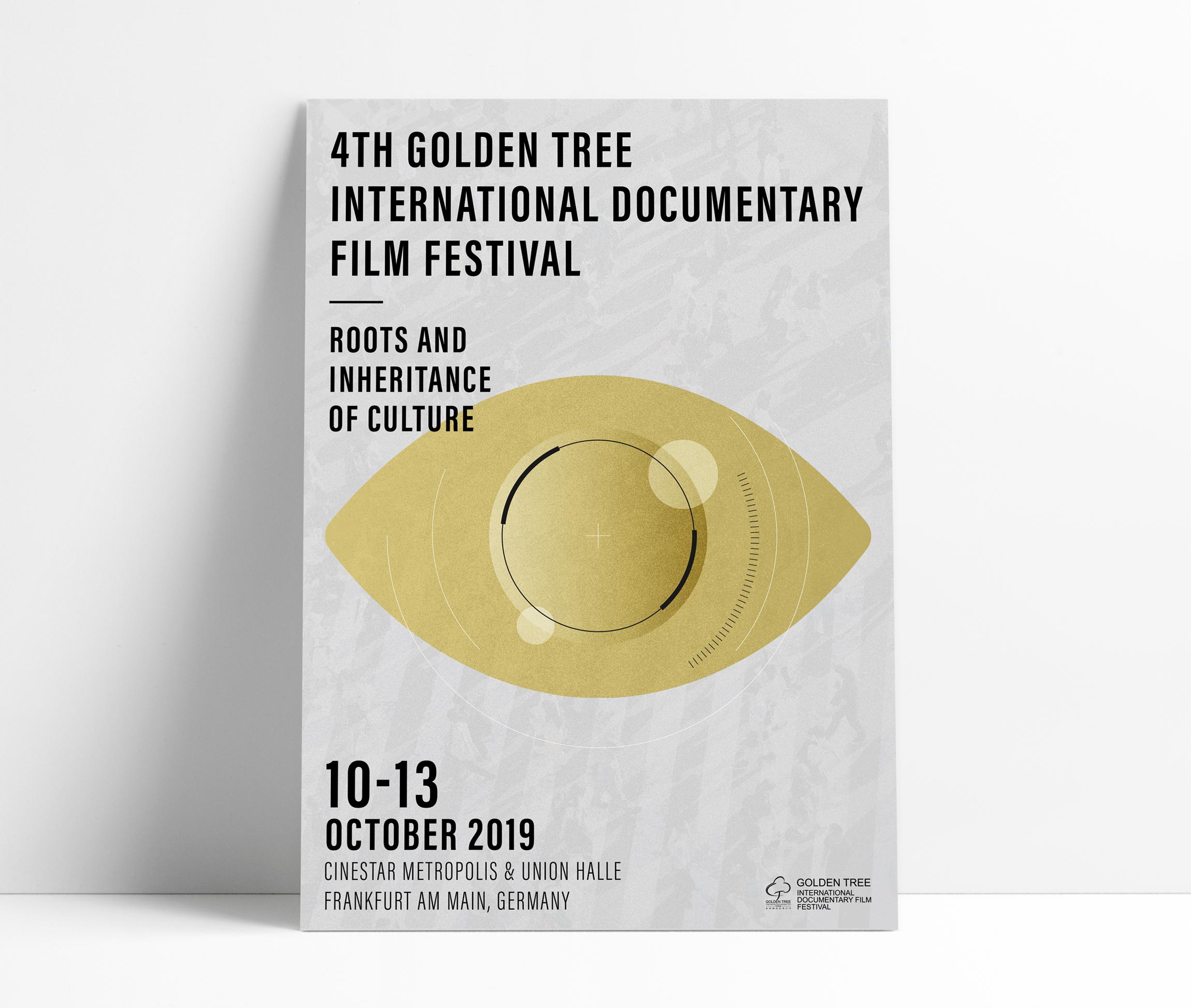 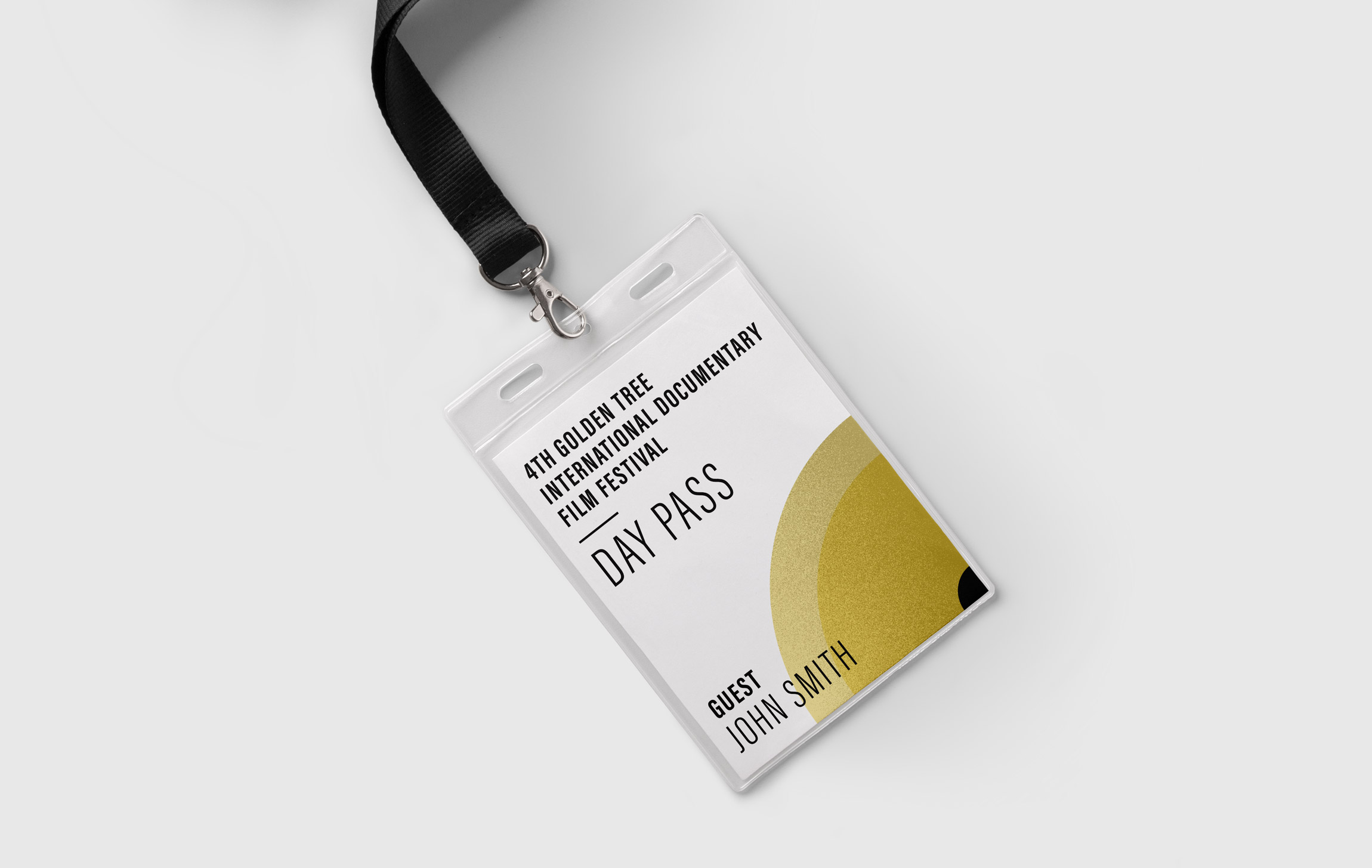 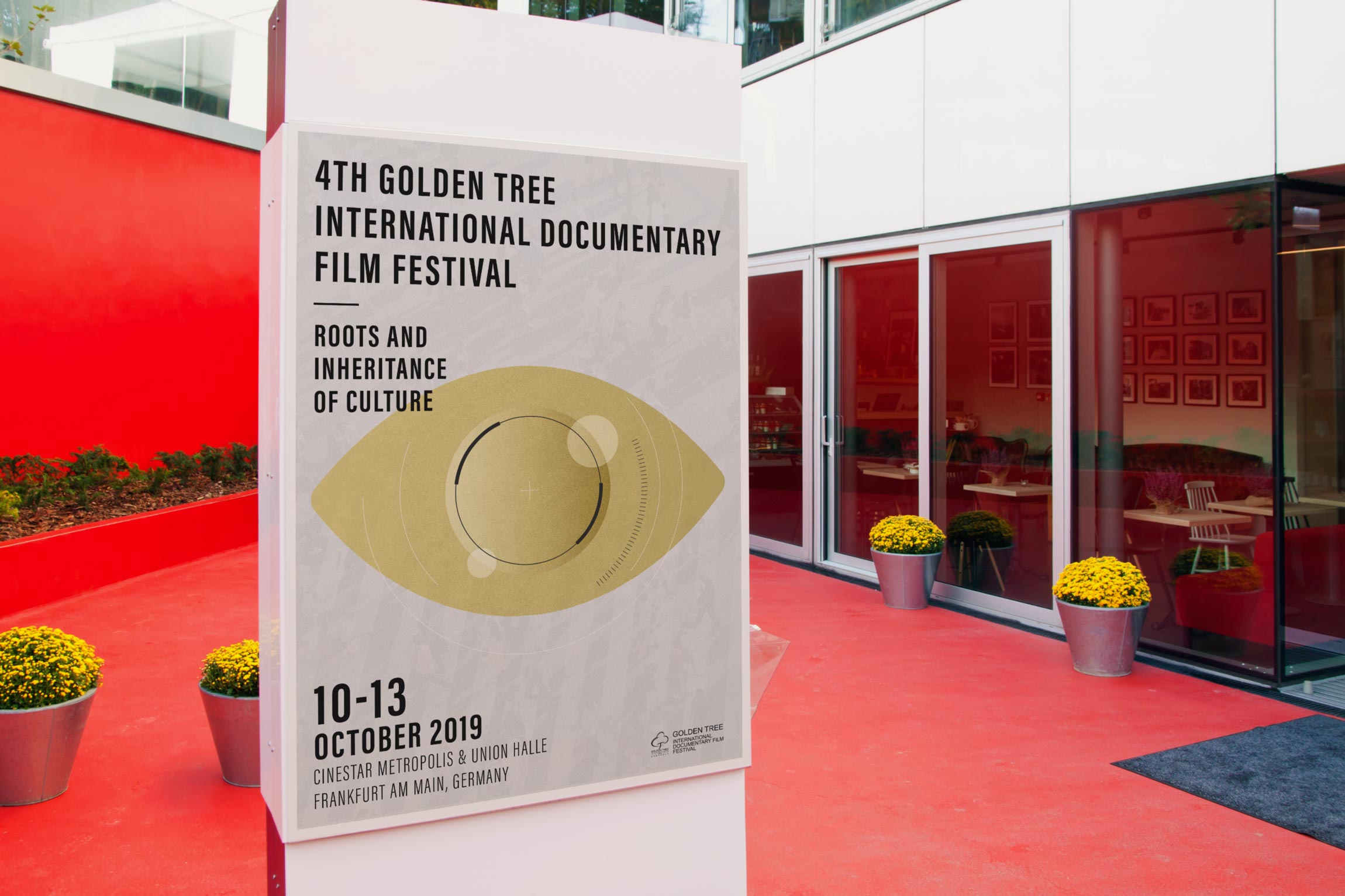 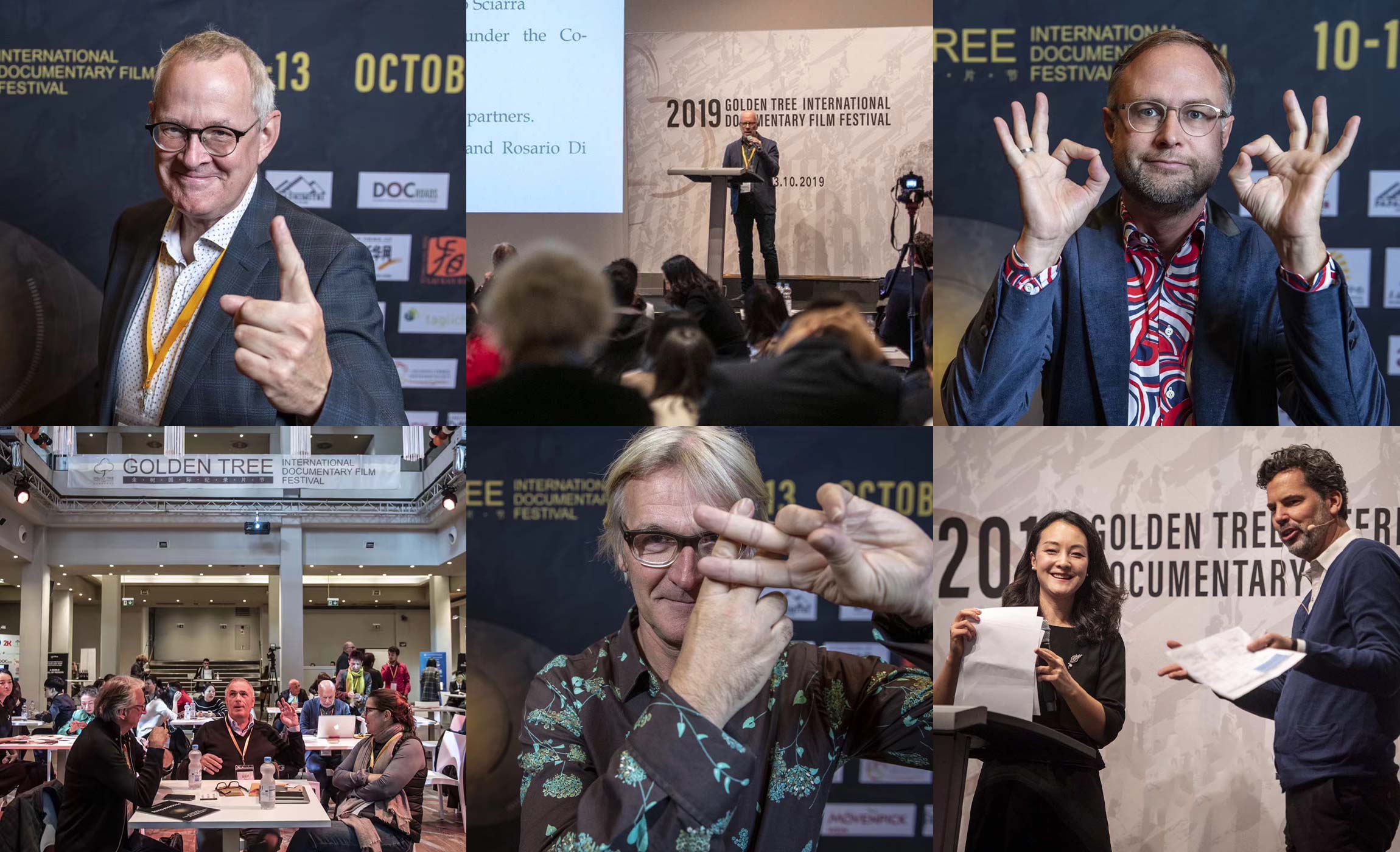 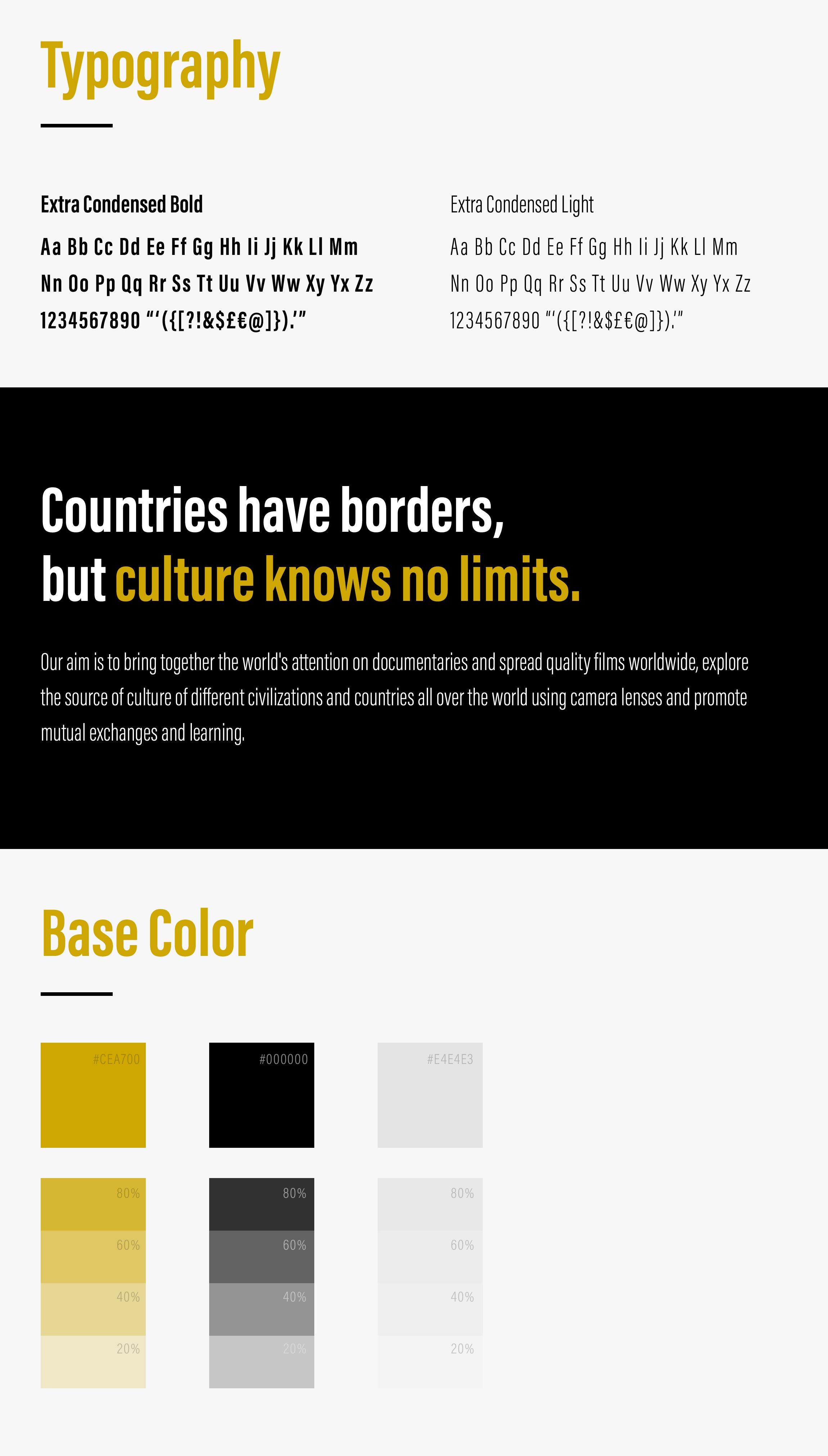 Below are selected alternative identity design drafts that were not selected for final production. 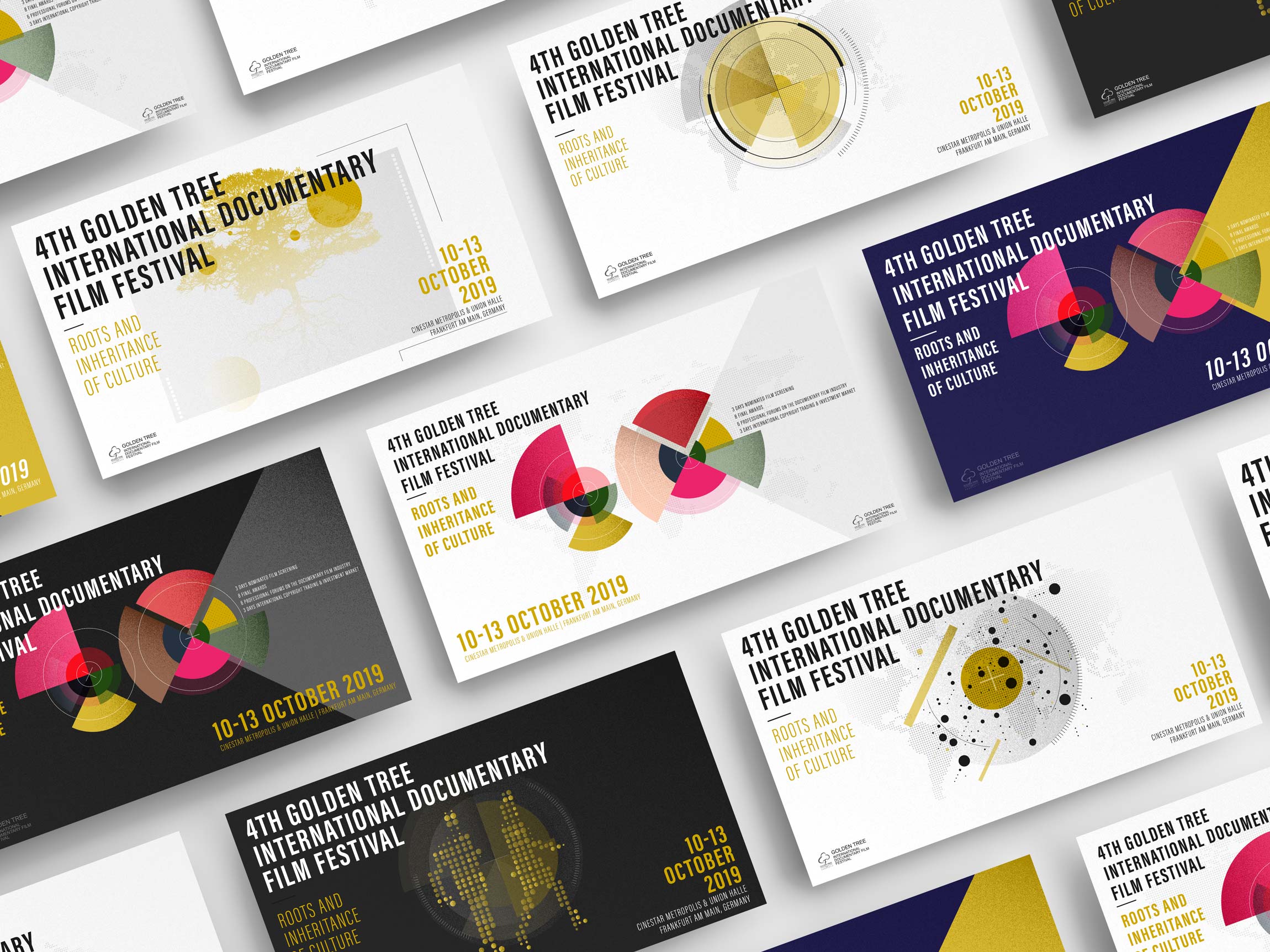 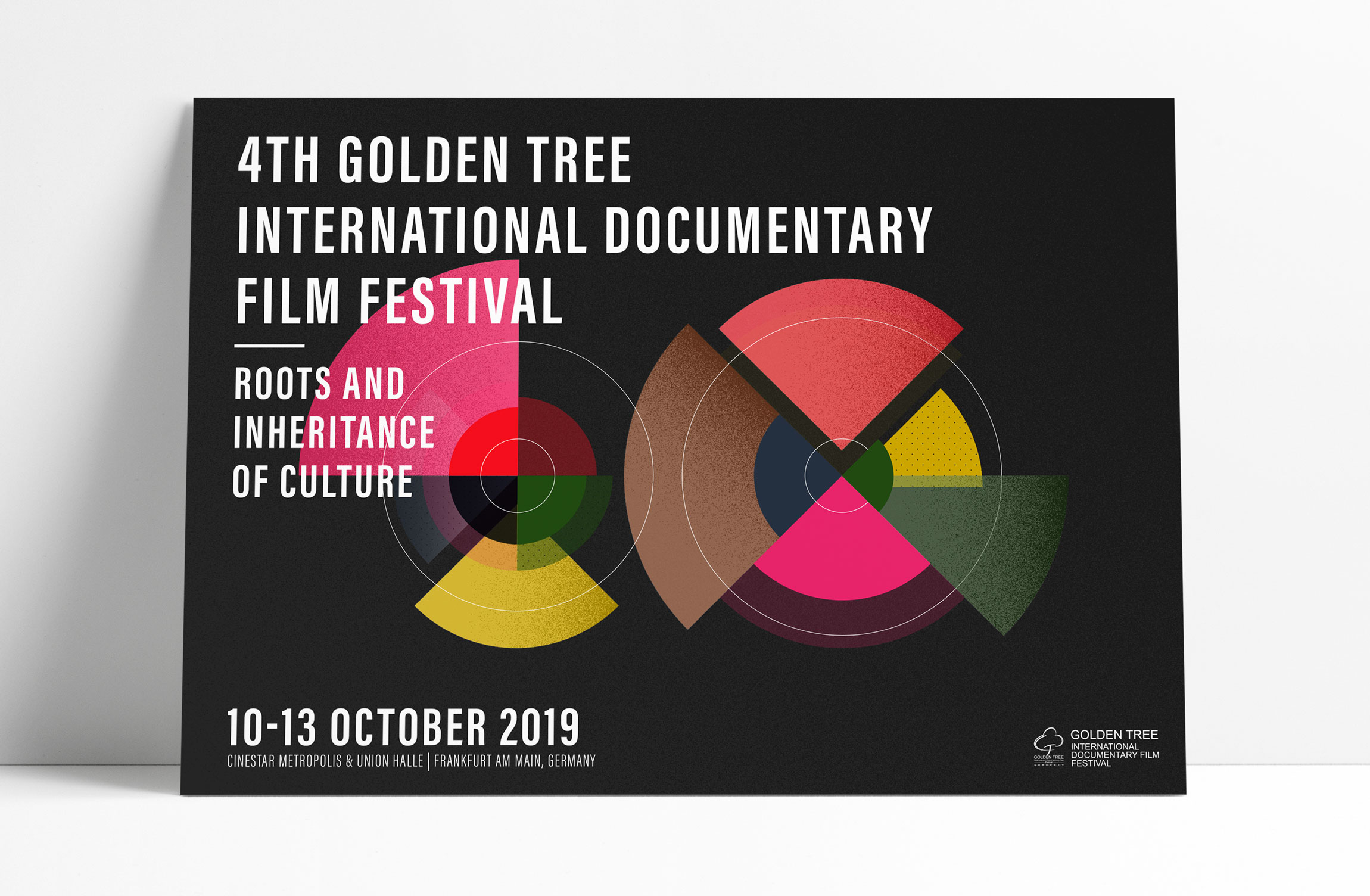 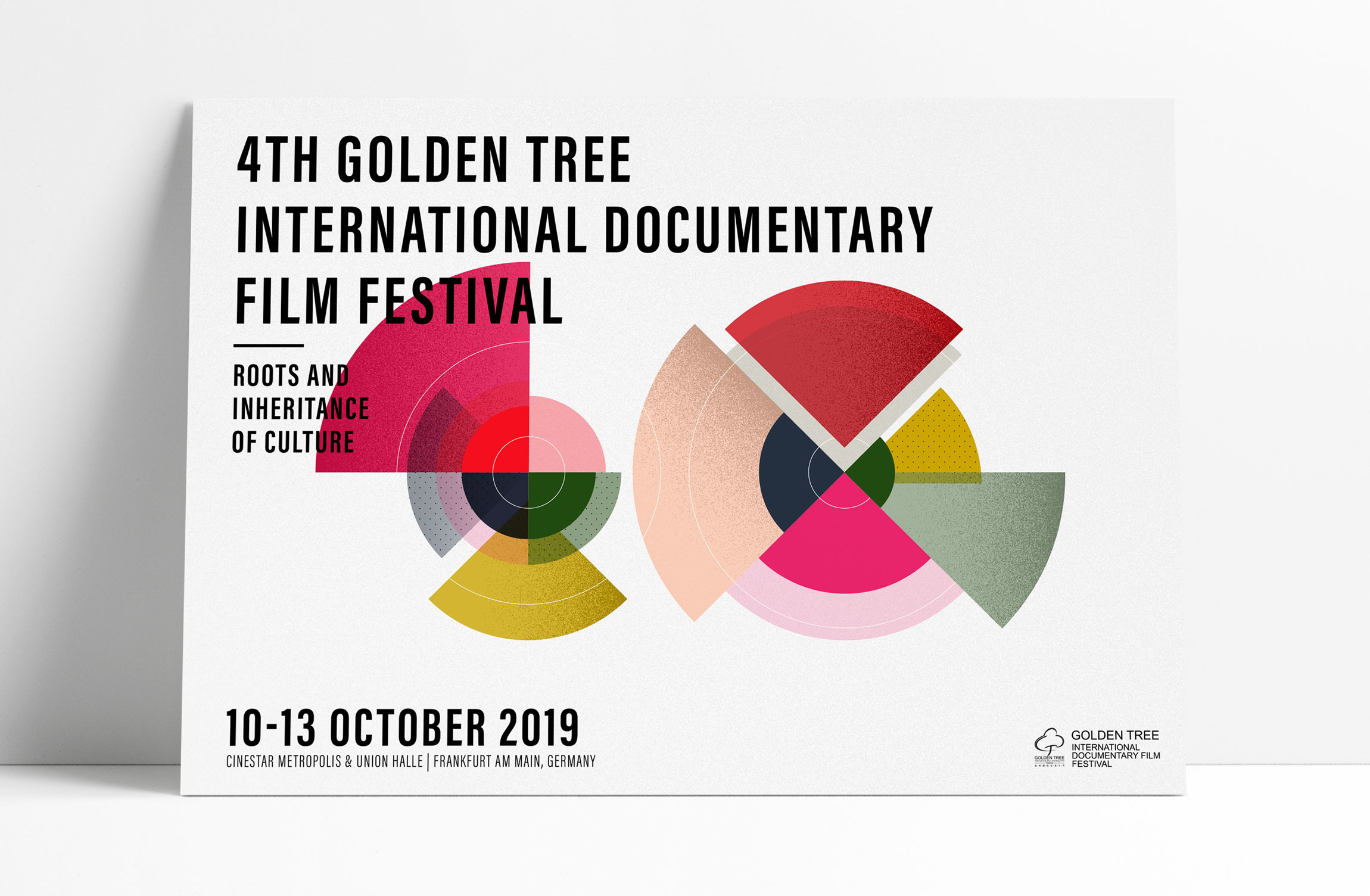